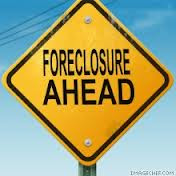 Join me today in welcoming Sarah Parr as our guest blogger for today.


Florida has seen its share of hardships because of the housing crisis. Analysts say we’re experiencing a slow recovery, but the aftermath of the housing crisis still lingers, especially here. The Sunshine State recently witnessed a 3.11 percent increase in foreclosure activity, according to RealtyTRAC’s year-end report. Lawmakers, real estate professionals and consumer advocates want to change Florida’s status and reform its foreclosure process.  Lawmakers are currently talking about implementing various measures, and this has spurred debate between people from all sides of the issue. The proposed laws could considerably alter the way foreclosures are handled in Florida.


House Bill 87 intends to speed up Florida’s long judicial-foreclosure process. Supporters claim that the bill looks after borrowers by requiring banks and lenders to show they own a mortgage before they can file any foreclosure action. If set into law, the bill would also allow third-party lien holders, such as condo or homeowner associations, to push foreclosures through a faster process rather than through the customary court arrangement. House Bill 87 would give borrowers 20 days to provide defense against the foreclosure action. After a final judgment in foreclosure is reached, the bill would give banks and lenders one year instead of the present five years to go after borrowers for losses from a foreclosure.


House Bill 87 The legislation has created the most discussion out of all the proposed legislation, as Pine Hills foreclosure attorneys might tell you. Opponents of the bill claim it would rather pump out foreclosures as quickly as possible, instead of protecting the rights of homeowners. They also claim that 20 days is not enough time for homeowners to seek out attorneys for foreclosure defense or to provide their own reasonable defenses. On the other hand, supporters assert the foreclosure process is long-drawn-out, producing gloom for everyone involved. Proponents say accelerating the foreclosure process would also be favorable for Florida real estate’s future success, as homes in foreclosure limbo can be eyesores that bring surrounding property values down.


Under Senate Bill 1666, senior justices or judges would be able to consent to temporary duty to help with the buildup of foreclosure cases in Florida. The bill would also allow second publication of the notice of sale of a home to be published online in lieu of publication in any other form of media.  This changes the requirement that a second notice of pending foreclosure must occur in a print media advertisement, a move some say is unfair to low-income homeowners and seniors who could only find out about a looming foreclosure sale through a newspaper notice.


Protection for homeowners in distress


Four bills, proposed and sponsored by Senator Darren Soto (D-Orlando), seek to aid homeowners struggling with foreclosure or mortgage issues. Senate Bills 1226 and 371 would mandate that lenders can only file a deficiency judgment one year after a final foreclosure judgment, and would only have two years to collect any outstanding debt. Right now, residents can be contacted by debt collectors for up to two decades. Senate Bill 1236, also known as the “Mortgage Principal Reduction Act,” would require the Florida Housing Finance Corporation to utilize $100 million of the federal government’s Hardest-Hit Program to start a mortgage principal reduction program for Floridians with properties in foreclosure. The final proposed bill by Soto, the “Short Sale Debt Relief Act,” would make deficiency judgments unenforceable on a short sale if the original debt was 20 percent or greater than fair market value.


Based on all of the proposals presented, Florida will probably see significant changes in its foreclosure process soon.


Sarah Parr is an Orlando-based writer who blogs about issues pertaining to foreclosure.
Posted by Larry B. Gray at 2:30 PM